In his judgment of 11 March 2019, Mr Justice Henry Carr found the 268 Patent to be valid and infringed and the 430 Patent to be invalid for lack of inventive step (but infringed if valid).

The prior art cited for lack of inventive step was a submission made ahead of an Alliance for Telecommunications Industry Solutions (a standards organisation) working group meeting in Huntsville, Alabama in 1995. TQ Delta admitted shortly before the trial that the Alabama document had been published before the priority date of the 268 Patent.

Mr Justice Carr took two different approaches to evaluating inventive step of claim 1 over the Alabama document. First, he considered “conventional obviousness”, finding the approach of ZyXEL’s expert to be inconsistent with respect to which overheads and frames were being compared in the Alabama document and claim 1. Ultimately, the judge concluded that the teachings of the Alabama document would not be altered, without hindsight, to the method of claim 1 of the 268 Patent.

Next, Mr Justice Carr assessed whether the subject matter of claim 1 made a technical contribution over the Alabama document, in an approach similar to that taken by the European Patent Office. Here he rejected the contention that claim 1 “was simply one of a number of obvious and routine alternatives to implement Alabama’s basic concept of removing and reallocating sync bytes” and held that claim 1, unlike the Alabama document, is limited to a method wherein some frames contain overhead bits and others do not, to be specified by a parameter. Accordingly, he found the method of claim 1 to be a technical solution, which is different from, and not rendered obvious by, the Alabama document. Consequently, the 268 Patent was upheld as valid.

The 430 Patent
The 430 Patent relates to accurately detecting errors in a received bitstream based on a normalisation technique applied to Cyclic Redundancy Checksums (CRCs). CRCs are counted in ADSL to identify problems with the telephone line. Such problems, for example noise on the line, can alter the signal carried over the line, affecting the signal received at the other end.

The prior art cited against the 430 Patent was the 2002 version of the ADSL2 standard (a notably long document at 312 pages). In relation to inventive step, TQ Delta took the unusual approach of conceding that once the problem solved by the 430 Patent was identified, the claimed solution was one of a number of obvious solutions. Instead it was contended that the inventive aspect lay in identifying the problem at the priority date. Mr Justice Carr found that, whilst it is possible for the invention to lie in the perception of a problem (and not in its solution), “in a field where the person skilled in the art regularly confronts technical problems and is used to solving them, if a real problem exists, she or he is likely to be aware of it.” In this case, analysis of the evidence demonstrated that there was no longstanding, unresolved problem or “long-felt want”.

The judge also rejected TQ Delta’s submission that “superhuman ability of the skilled person to wade through a long and complex standard” was required to identify the problem from the standard, nor did it require any “cherry picking”. Instead “the skilled person is deemed to read and assimilate a prior art document properly and with interest” and “would be specifically interested in the impact of ADSL2 on error reporting and management, as that is the field in which the 430 Patent claims to be have made an improvement”.

This led to a finding that the 430 Patent is invalid.

Next Steps – RAND Trial
After relatively brief discussion, Mr Justice Carr also found each patent to be a Standard-Essential Patent (SEP) and, accordingly, ZyXEL’s activities would infringe both patents.

Following the finding that the 268 Patent is valid and infringed, the parties will now move to a reasonable and non-discriminatory (RAND) trial later this year. 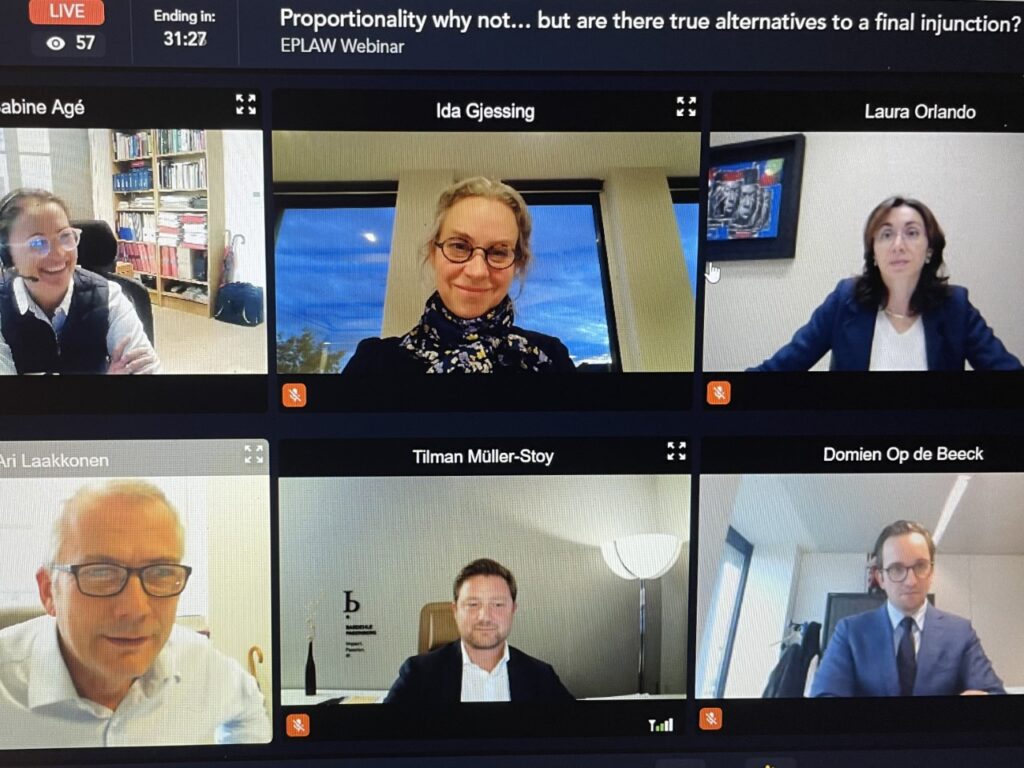